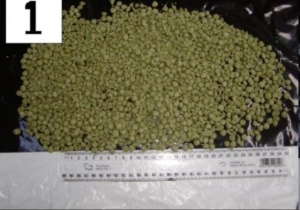 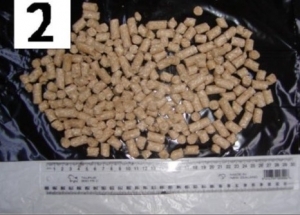 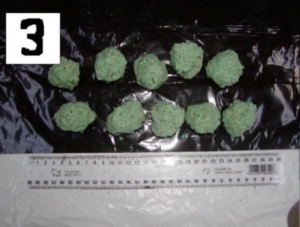 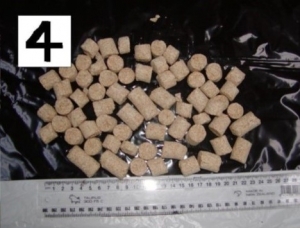 Feratox mixed with Prefeed is used by TB Free Contractors, Department Of Conservation, and Regional Councils.

Prior to the installation of the Possum Bait Safe stations within the Waima Kokako Block (Northland) we had struggled to consistently control possums and maintain them at low numbers. The block is only 180ha and possum reinvasion is very high. Pre-our annual spring possum control possum numbers had typically returned to levels of around 12% RTC as a result of re-invasion.

The block is very wet and thickly vegetated. There are also multiple landowners and because of these factors we are limited in the control methods we can use. In the spring of 2015 we had failed to get possums down to below 5% RTC which is the required level to protect nesting Kokako. We therefore decided to try something new and install the Possum Bait Safe stations.

The Possum Bait Safe station was chosen to provide the below benefits:

In November 2015, pre-the installation of the of the Possum Bait Safe stations, possums were at 9.4%RTC. In late November and early December we installed the new stations and completed a possum control operation using them. No post monitor was completed until June 2016 due to weather and other resourcing factors. However months afterward we were still seeing fresh dead possums beneath the stations and by June 2016 possums were only at 5.1% RTC, a very promising result. Then post the 2016 spring possum control we found that possums had been further reduced to 2.7% RTC.

Possums and rats are some of the most destructive pest animals in our forest ecosystems, killing nestling birds to ancient forest giants such as totara or rata.

Targeting these pests with baits has become easier with the use of a new bait station being trialled at Trounson Kauri Park called “Possum Bait Safe”.

The advantage of this station is that it allows access to possums but not rodents through a sprung lid, which requires the strength of a possum to operate it. The stations have luminescent end panels, which glow at night attracting curious possums.

Furthermore, the plastic has a very bitter chemical called bitrex included to minimise chewing attack by rodents. This station is especially well suited to delivering such baits as Feratox for possums control, rats and mice normally quickly destroy these baits without being affected themselves.

This is simply because the baits are available for a longer period of time for possums to find them. The initial outlay for these stations is steadily recovered through these savings on the on-going costs of labour and bait.

Targeting rodents should also be more effective when possums numbers are held at lower densities, possums can clean out stations of rat bait in some areas leaving rats to multiply.

Feratox baits are one of our most humane, environmentally friendly and effective baits for sustained possum control. This station greatly improves the efficiency of delivering them and reduces access to non-targets including to the likes of a curious kiwi or the determined weka.

This project assessed the ability of the Possum Bait Safe bait station to exclude non-target species (weka, rats and livestock) and compared the possum kill efficacy to existing bait stations.

Non-target trials were undertaken on Arapawa and Blumine Islands, both which are possum free but have moderate numbers of weka and rats, and on Waitata Reach, which has low numbers of possums and rats but high numbers of weka. These demonstrated that the Possum Bait Safe bait station is highly effective at excluding weka. In some cases (two out of 104 stations) rats were able to access bait by chewing through the plastic. This issue has subsequently been addressed by incorporating a rat deterrent in the plastic during the manufacturing process.

In the Taranaki possum trial the Possum Bait Safe reduced possums to below target levels, and was substantially more cost-effective compared to the Philproof bait station. The cost savings after a regime of 10 days pre-feed and seven days toxin amounted to approximately $3.50 per bait station, which indicates that the cost of the unit may be recovered in four months. However a number of baits were lost as possums were able to drop the blocks onto the ground. Alternative paste-based toxins may reduce spillage and further increase the cost-effectiveness and safety of the bait station.

The Bait Safe is highly weather proof for improved bait quality, easy to secure or move, and is possum specific. Possums quickly learn to open it, and fulling/servicing is a breeze. Great design, luminous lures, easy to carry; it’s a game changer.

The Bait Safe is very good for keeping non-targets out, is easy to set-up, are very secure and attract possums very well